Locals and members of guthis (community trust) have started pulling the chariot of Rato Machchhindranath in Pulchowk defying prohibitory orders on Thursday.

The chariot that was stranded at Pulchowk for a long time due to the COVID-19 pandemic has been pulled Thursday by the restless locals who feel it should be taken to Bungmati before the extra lunar month (Malamas), which is considered inauspicious for religious and cultural rituals, starts.

The extra lunar month of Malamas, which occurs every third year, starts from September 18 this year. 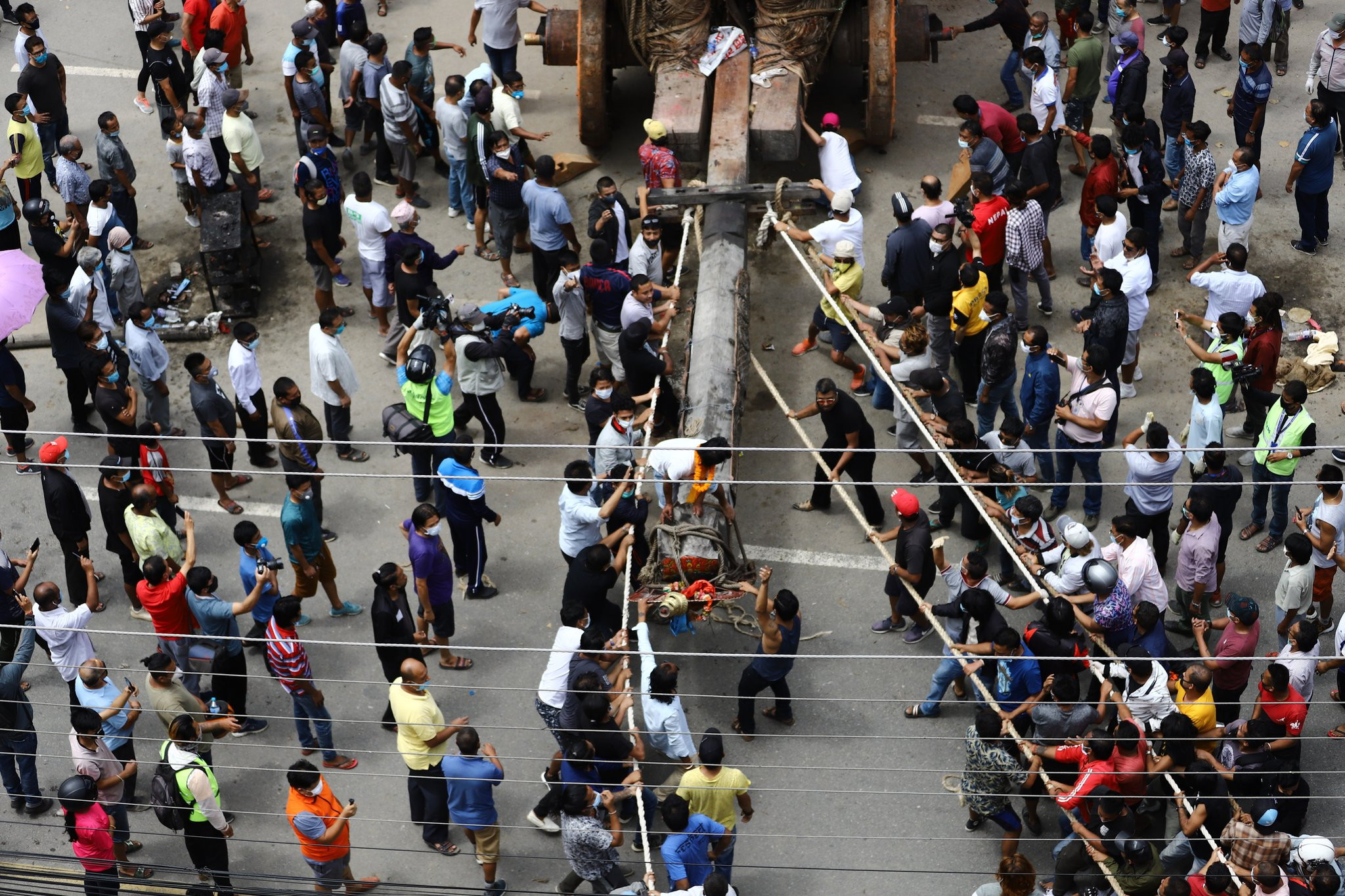 The police tried to intervene in the beginning but could not stop the locals who thronged in their hundreds. The locals, some of whom are without face masks, are still pulling the chariot.

"The chariot has to be taken to Bungmati before the Malamas starts. The people have come and started to pull the chariot as the Guthi Sansthan did not make arrangements for pulling the chariot and the deadline is approaching," leader in building the chariot Dil Kumar Bahari told Setopati. 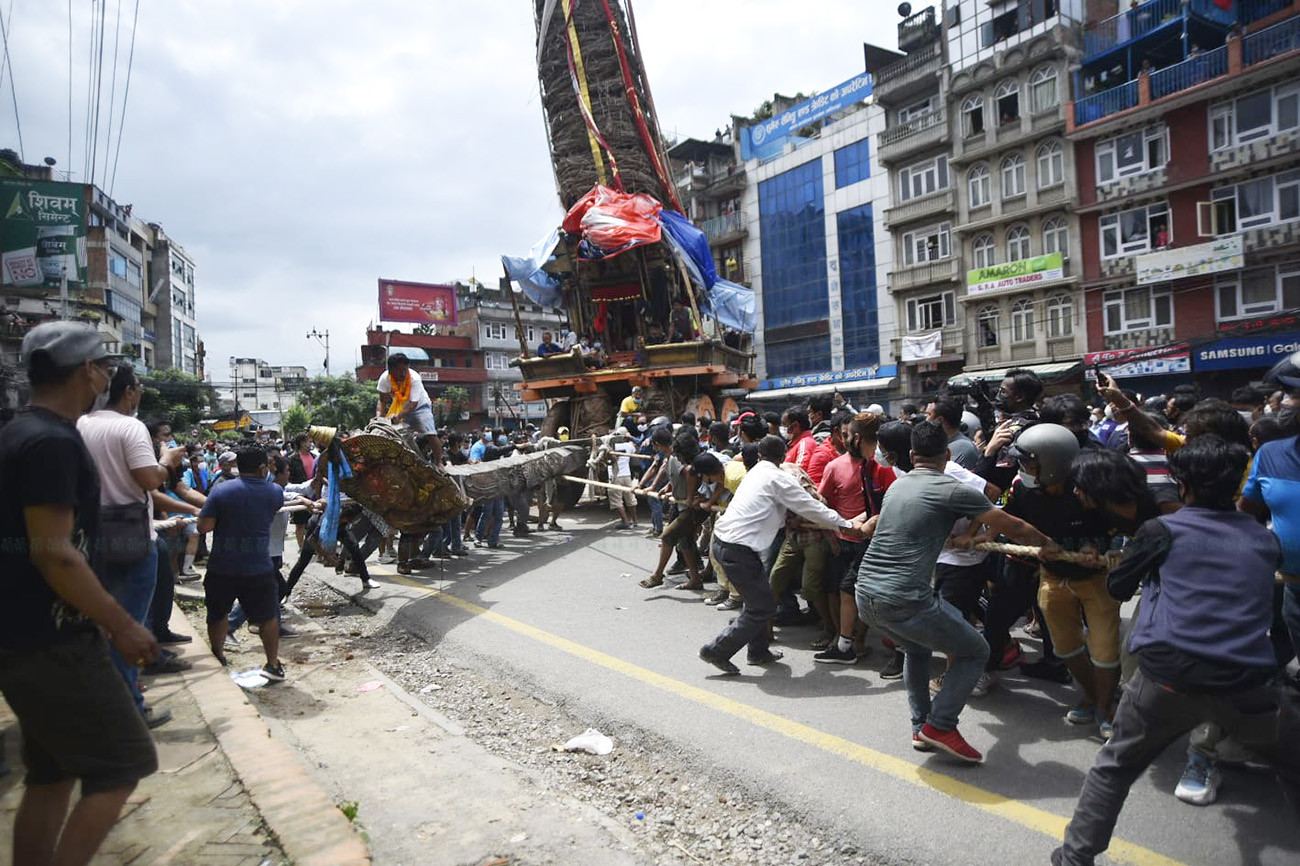 Bahari said the locals have started to pull the chariot now as it should reach Bungmati before the Dashain, which starts immediately after end of the Malamas this year, and it cannot be pulled during the extra lunar month. 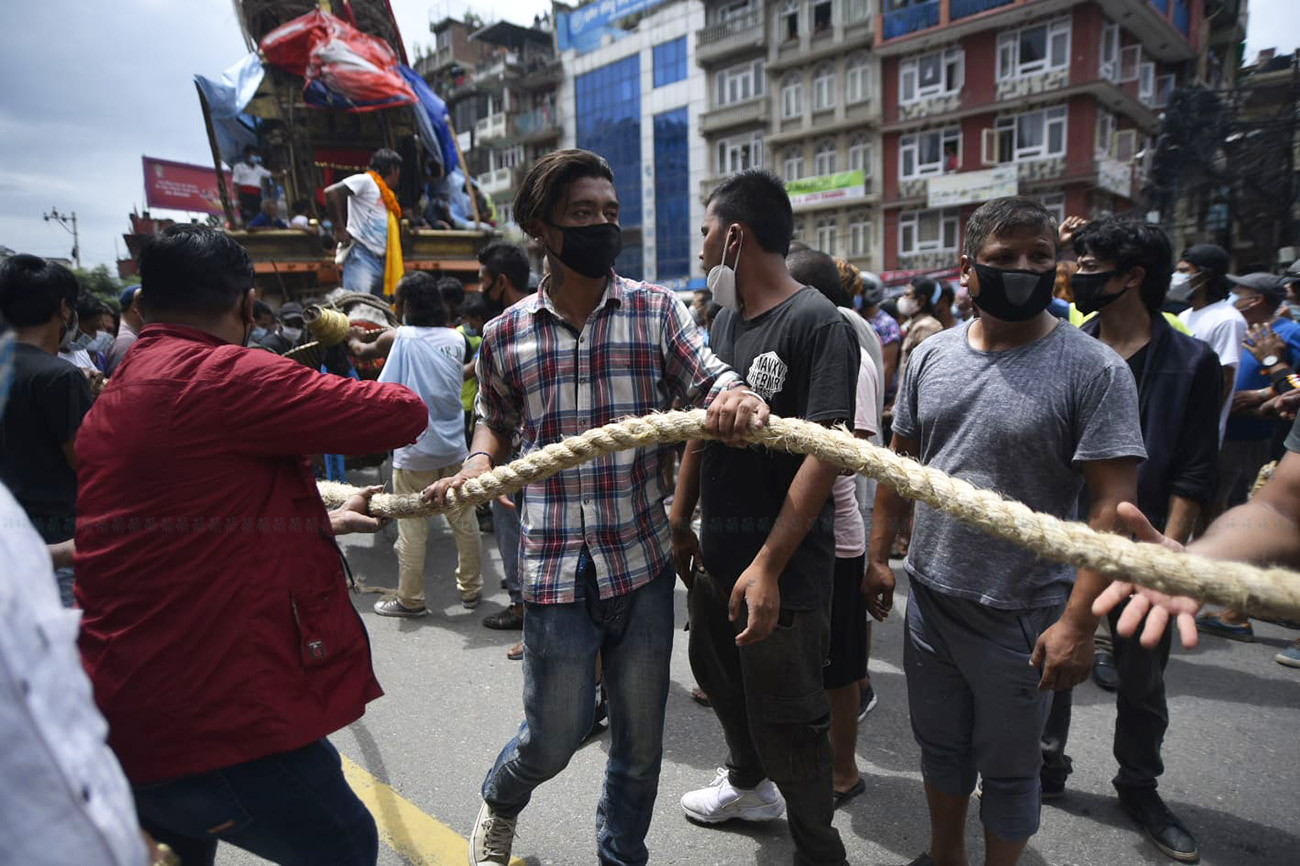 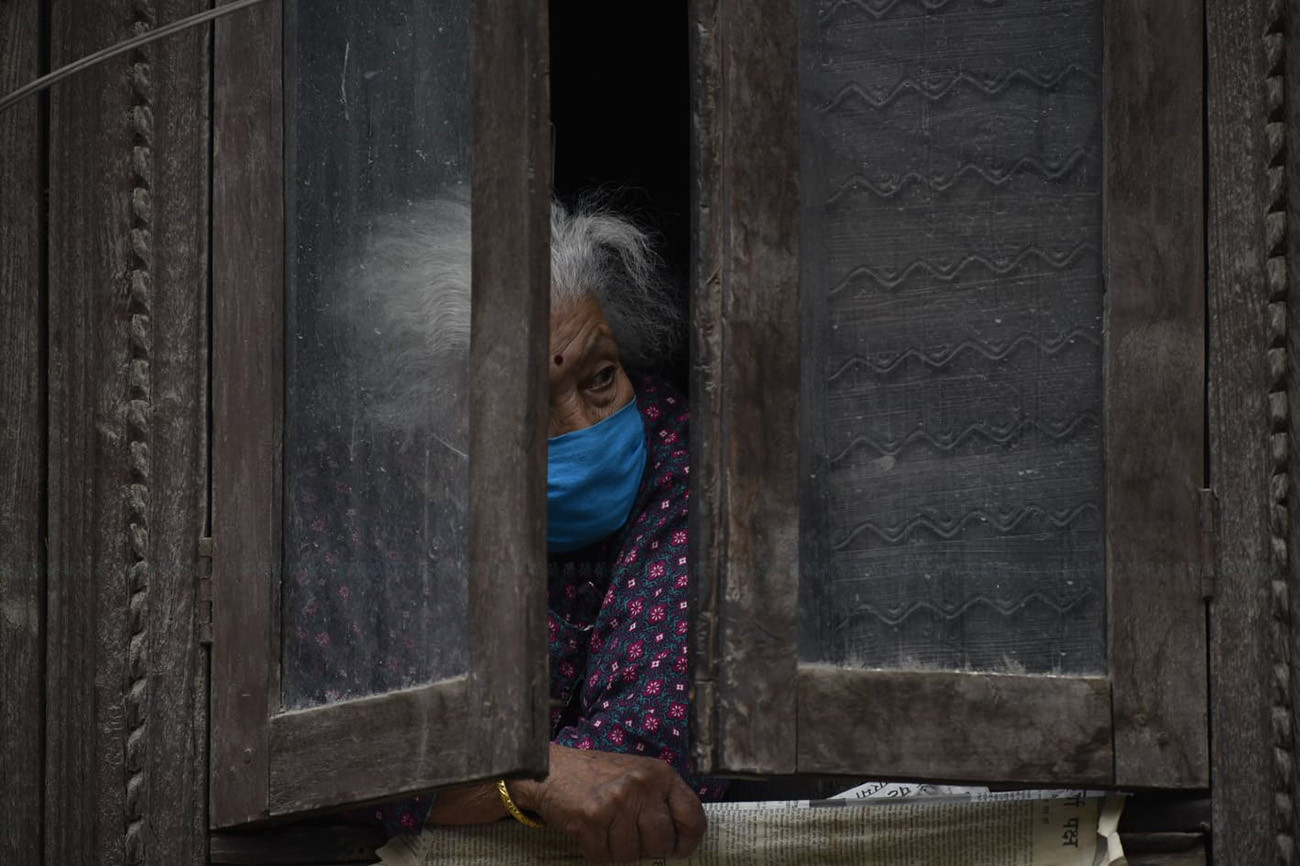 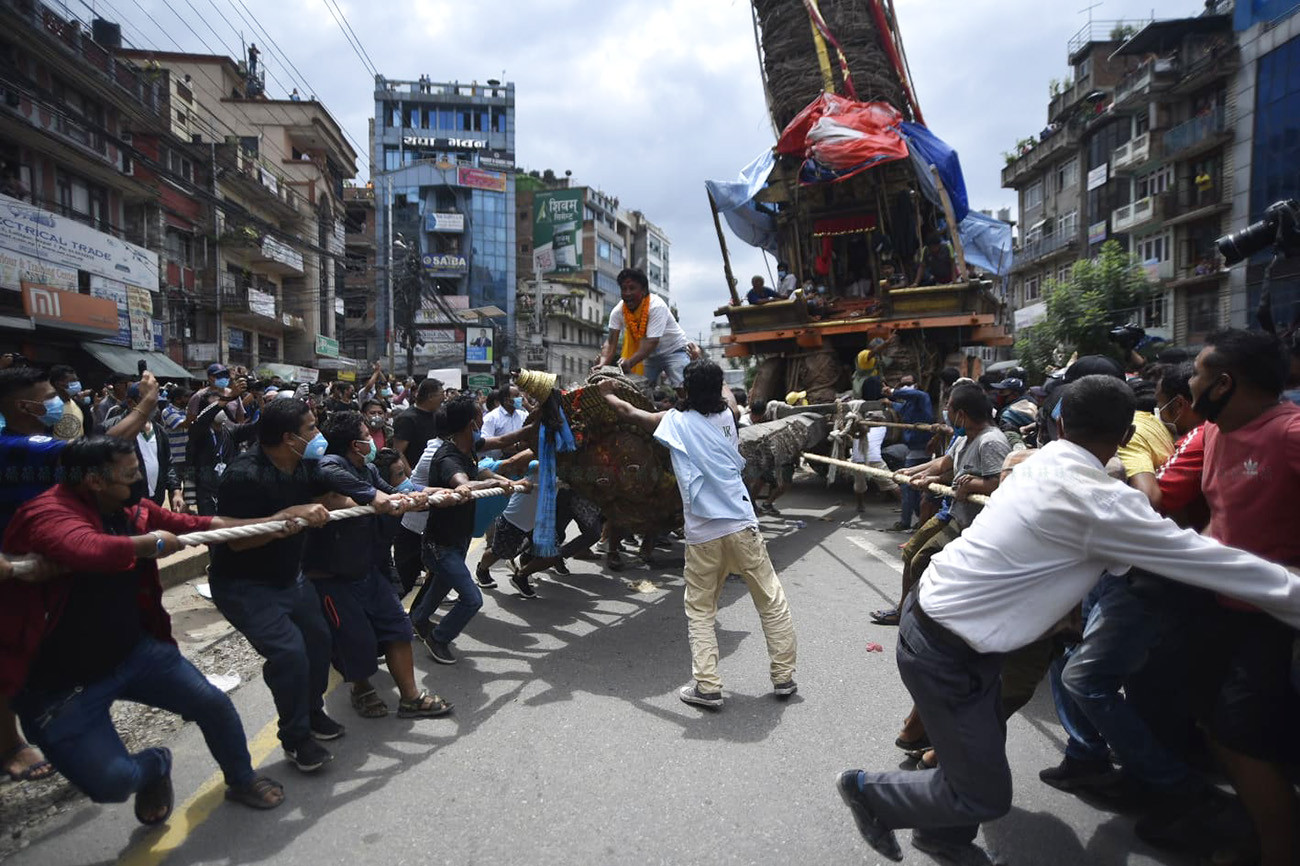 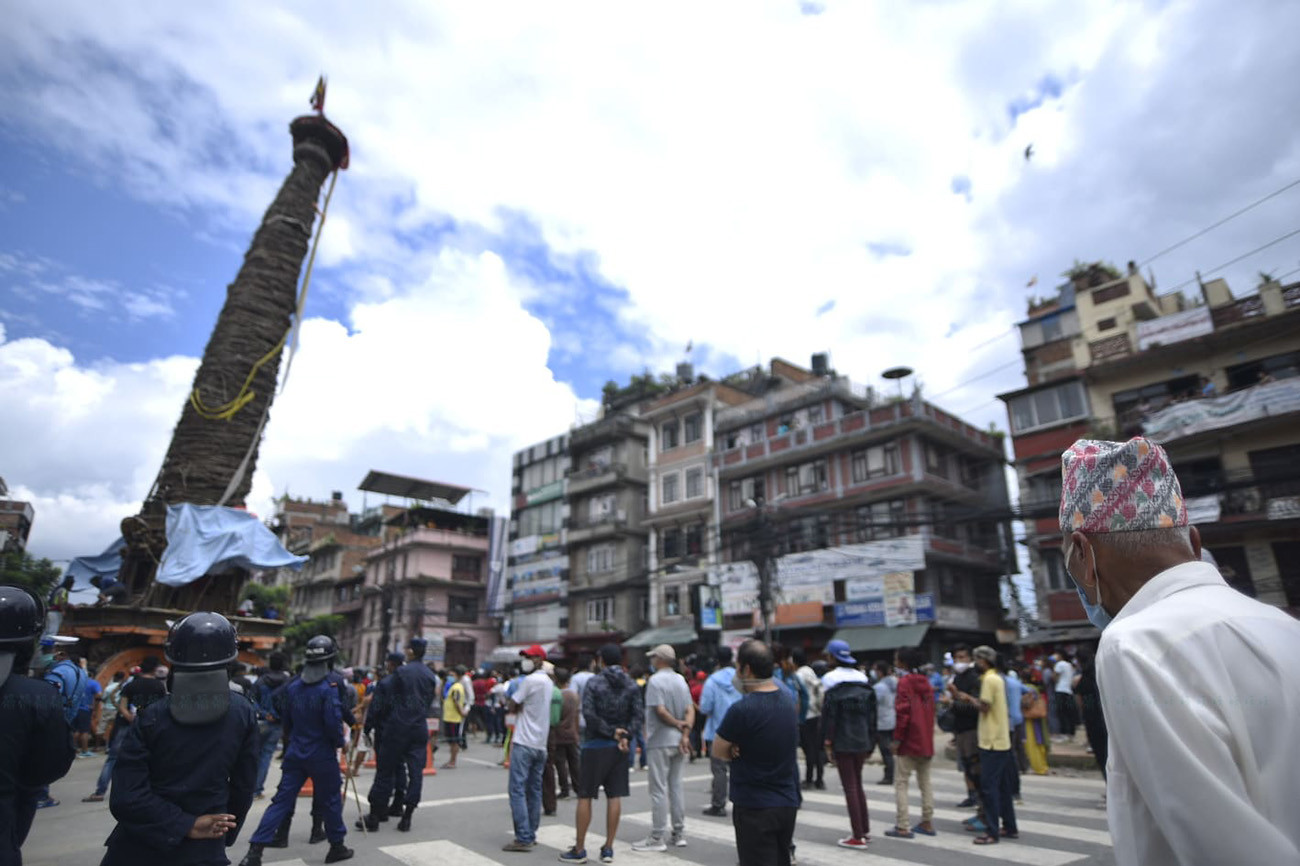 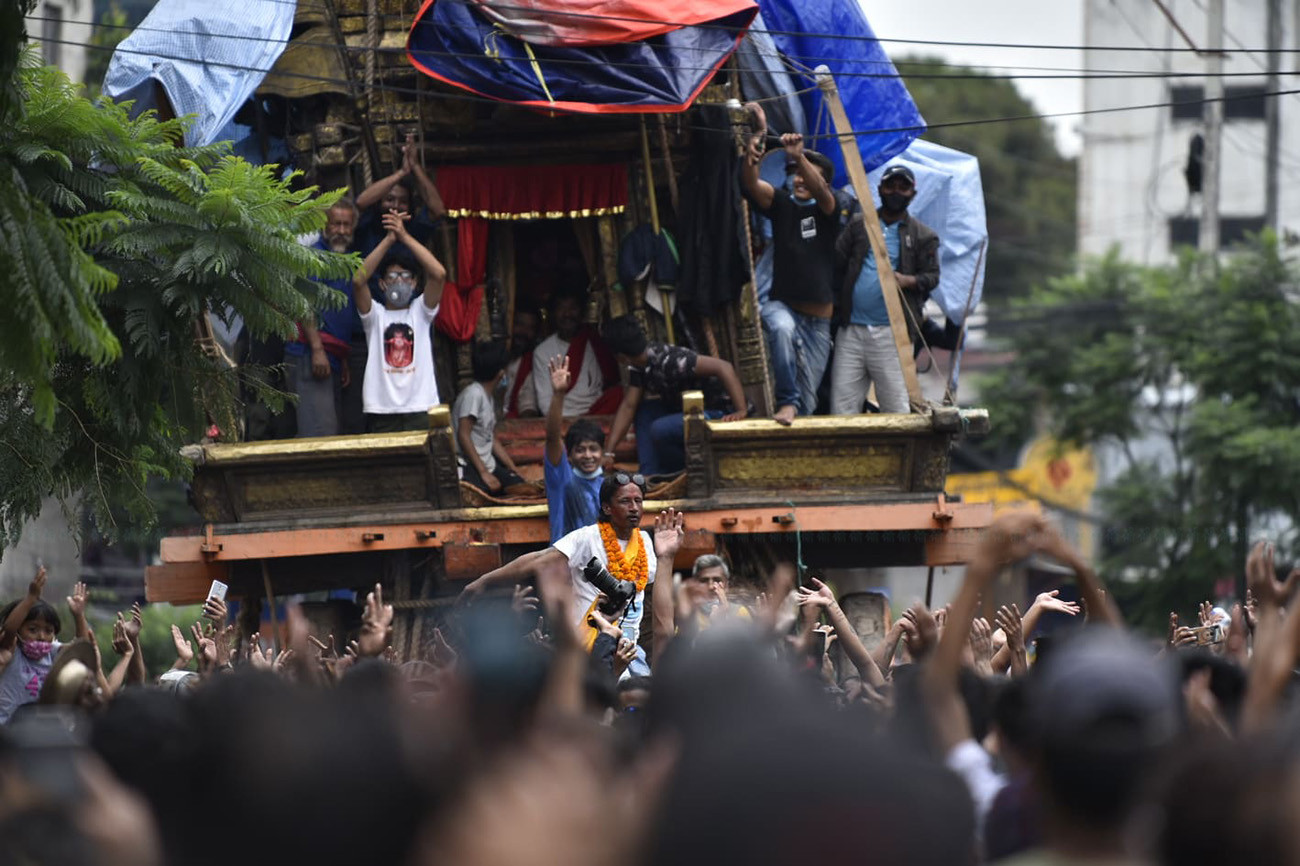 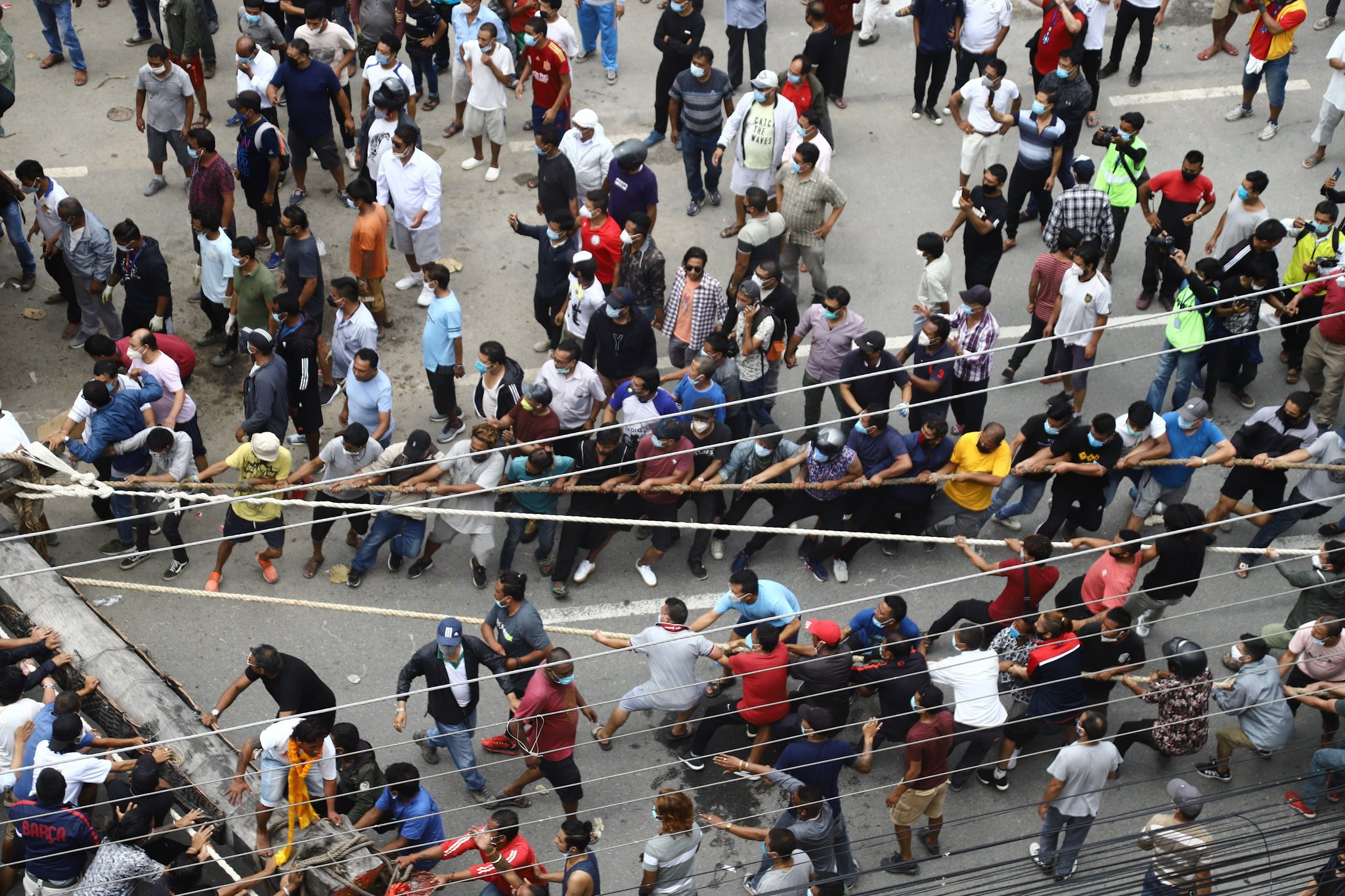 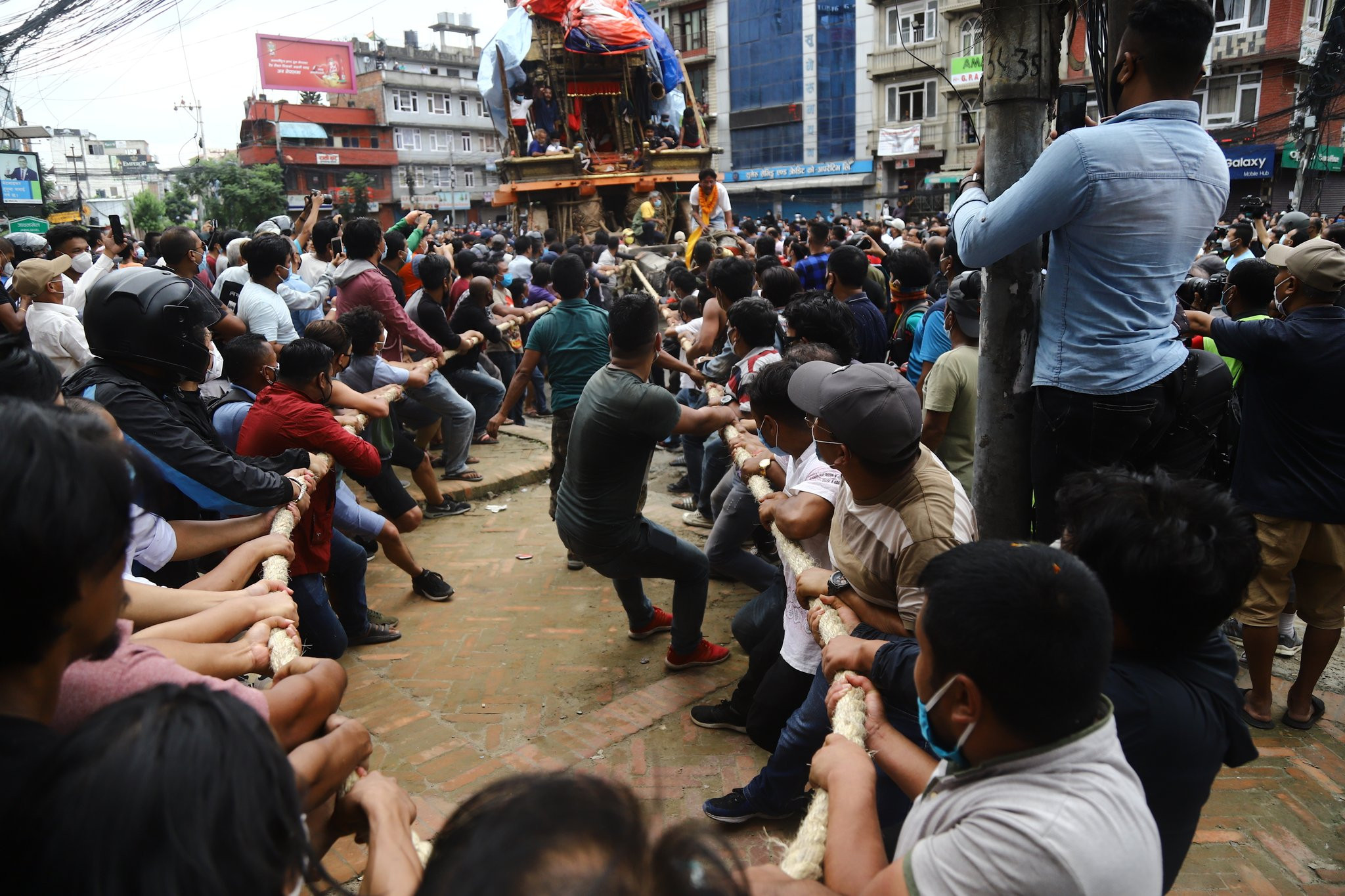 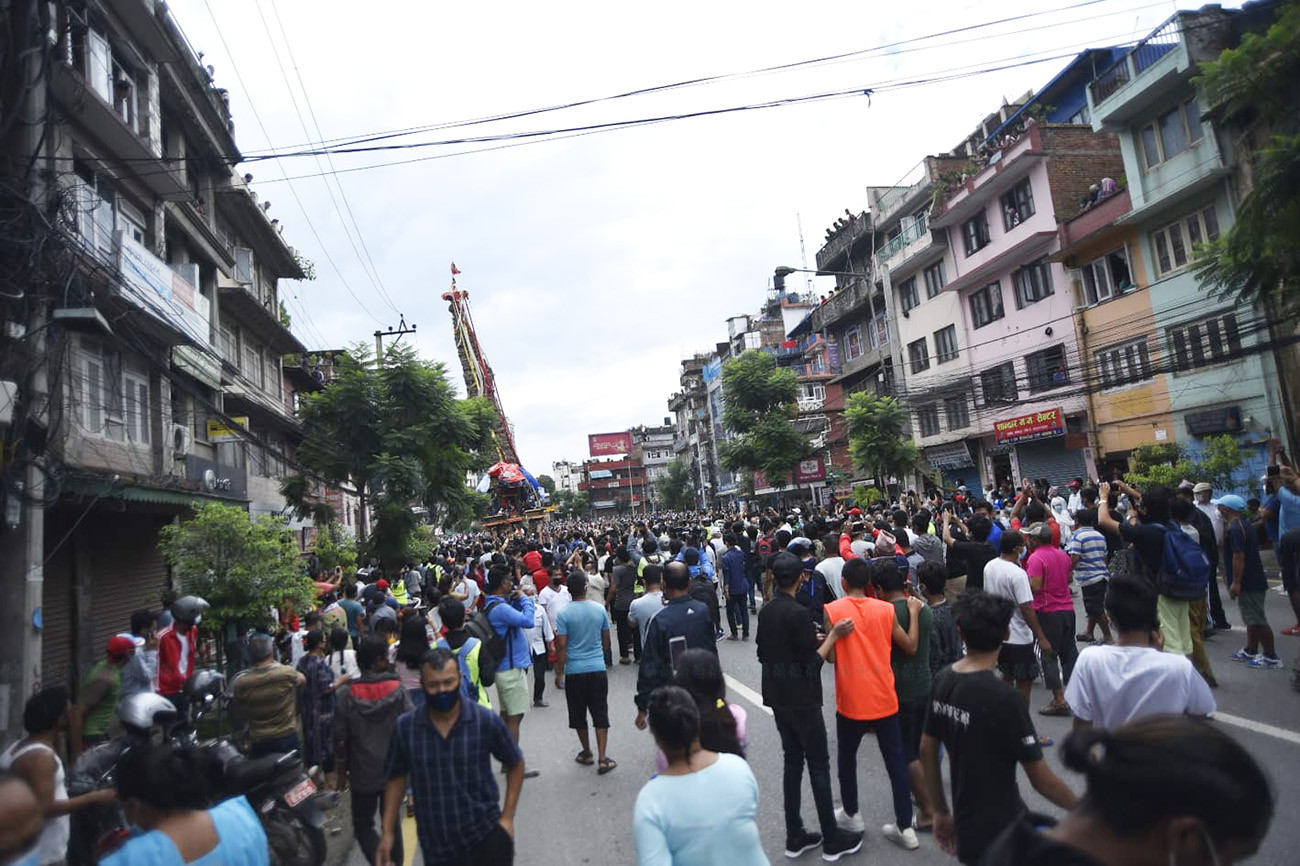 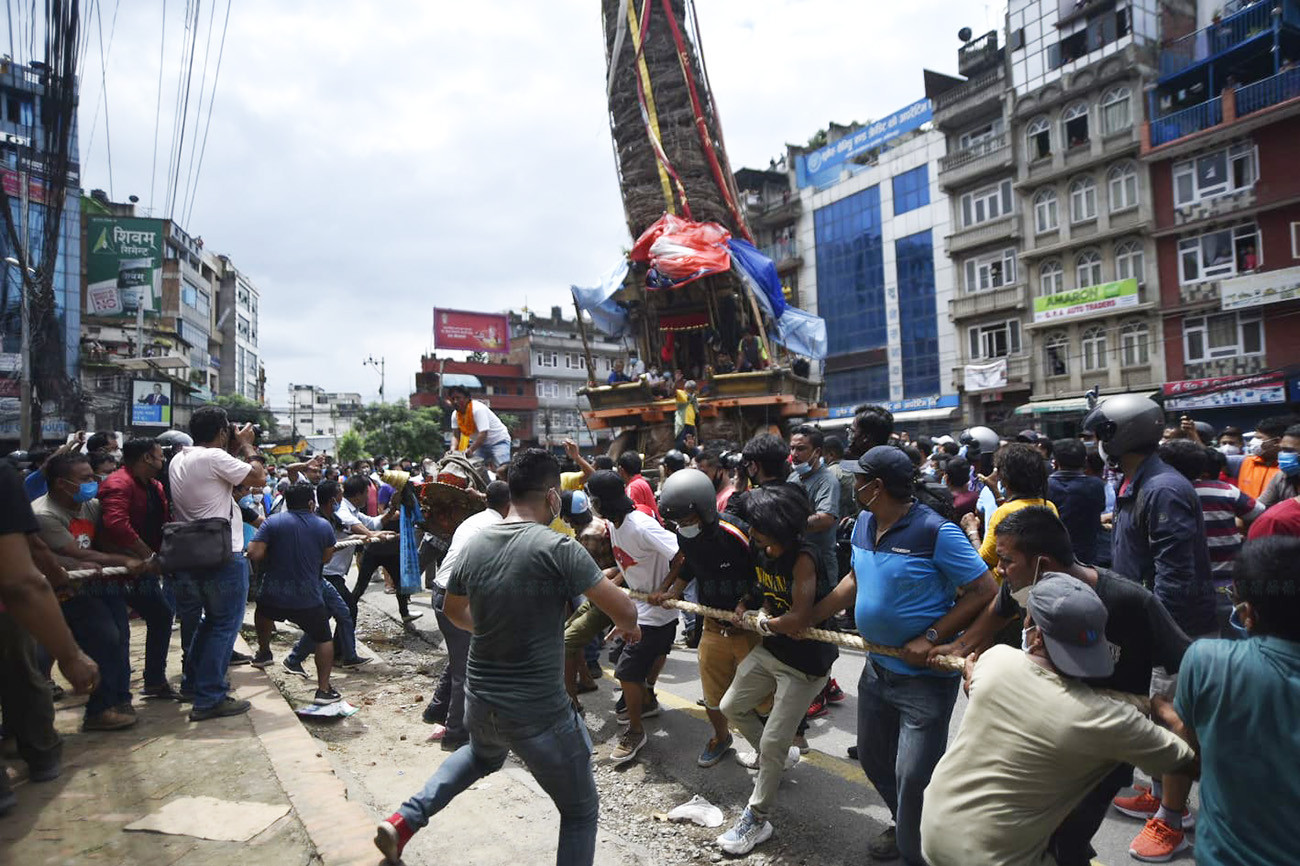