A Bahraini Royal Guard expedition including members of the royal family has arrived in Kathmandu on Wednesday.

The 18-strong team landed at the Tribhuvan International Airport (TIA) on a chartered flight at around 11:15 in the morning. The team from the Royal Guard, a unit of the Bahraini Defense Force, includes 15 Bahraini nationals including the prince and three British nationals.

The Cabinet on August 31 had decided to allow the high-profile team  led by Prince Sheikh Nasser Bin Hamad Al Khalifa to climb Mt Manaslu (8,163 m) and Mt Lobuche (6,119 m) in the autumn season. But he did not arrive on Wednesday This is the first expedition to be allowed into Nepal since the start of lockdown in March.

(*We initially reported that the team was led by Prince Sheikh Nasser Bin Hamad Al Khalifa. The error is regretted) 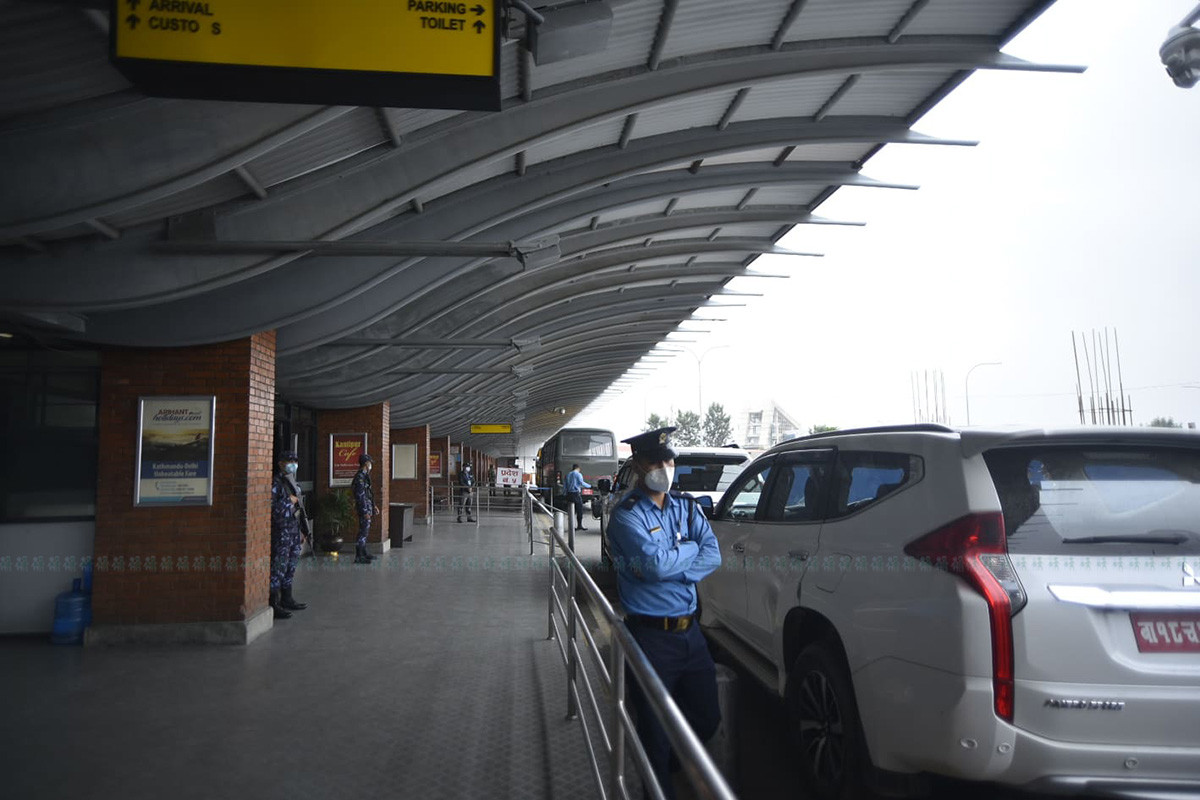 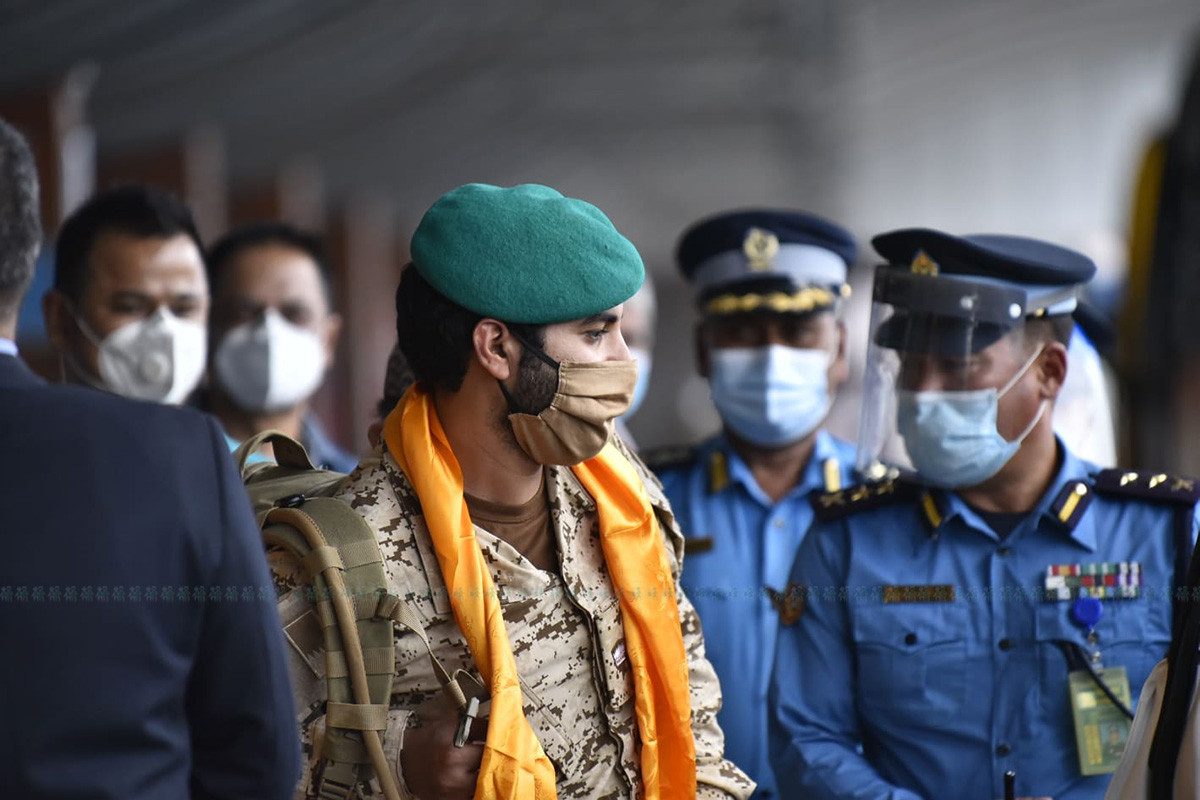 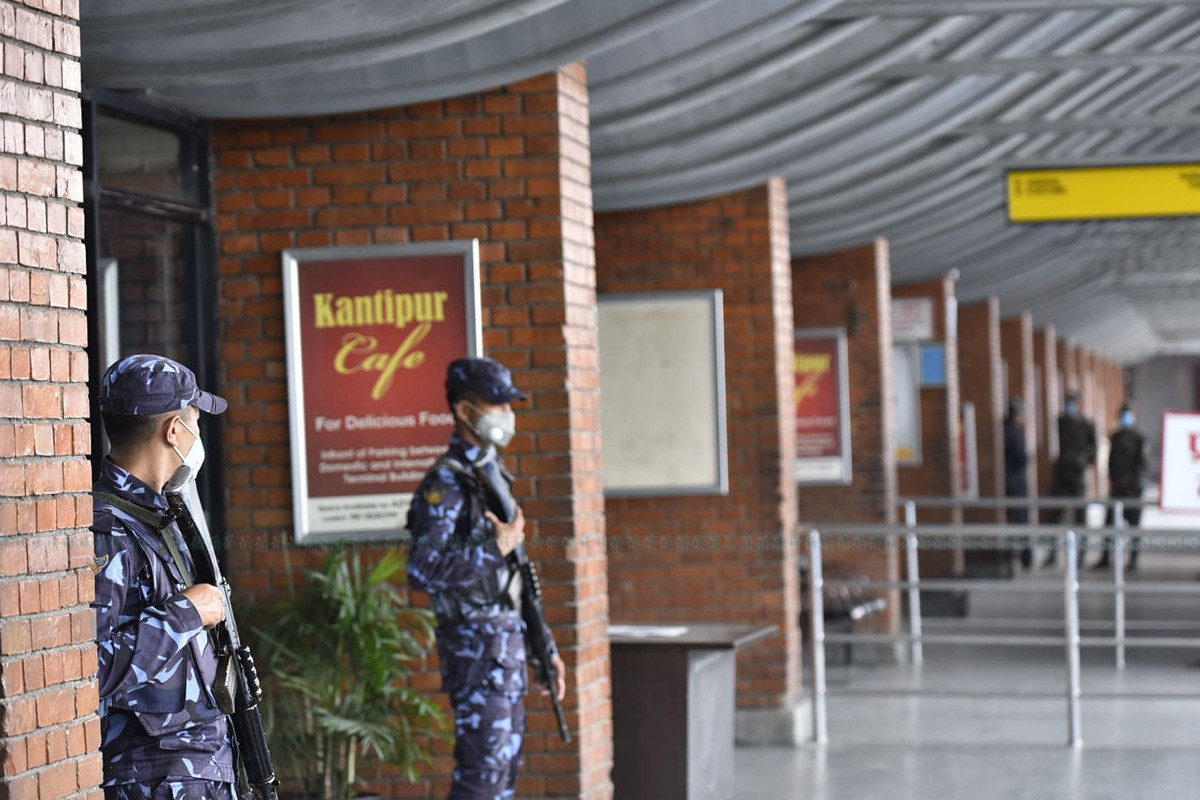 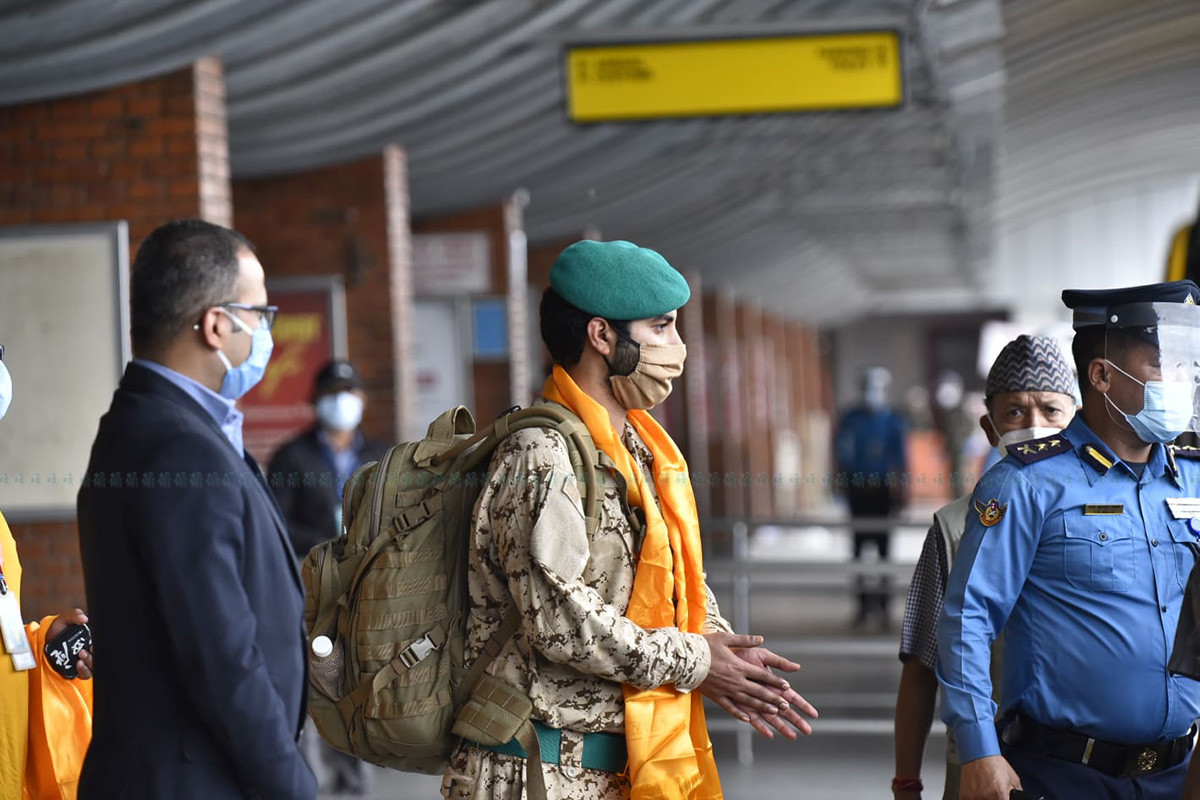 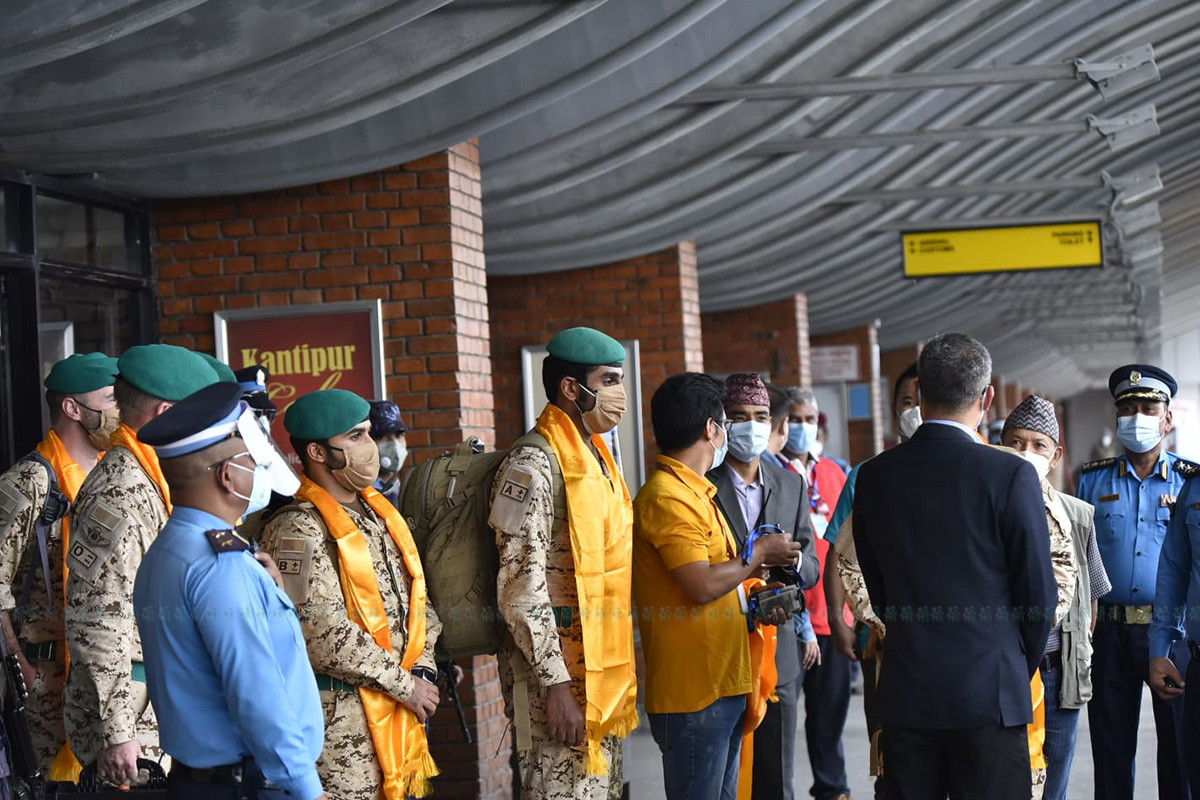 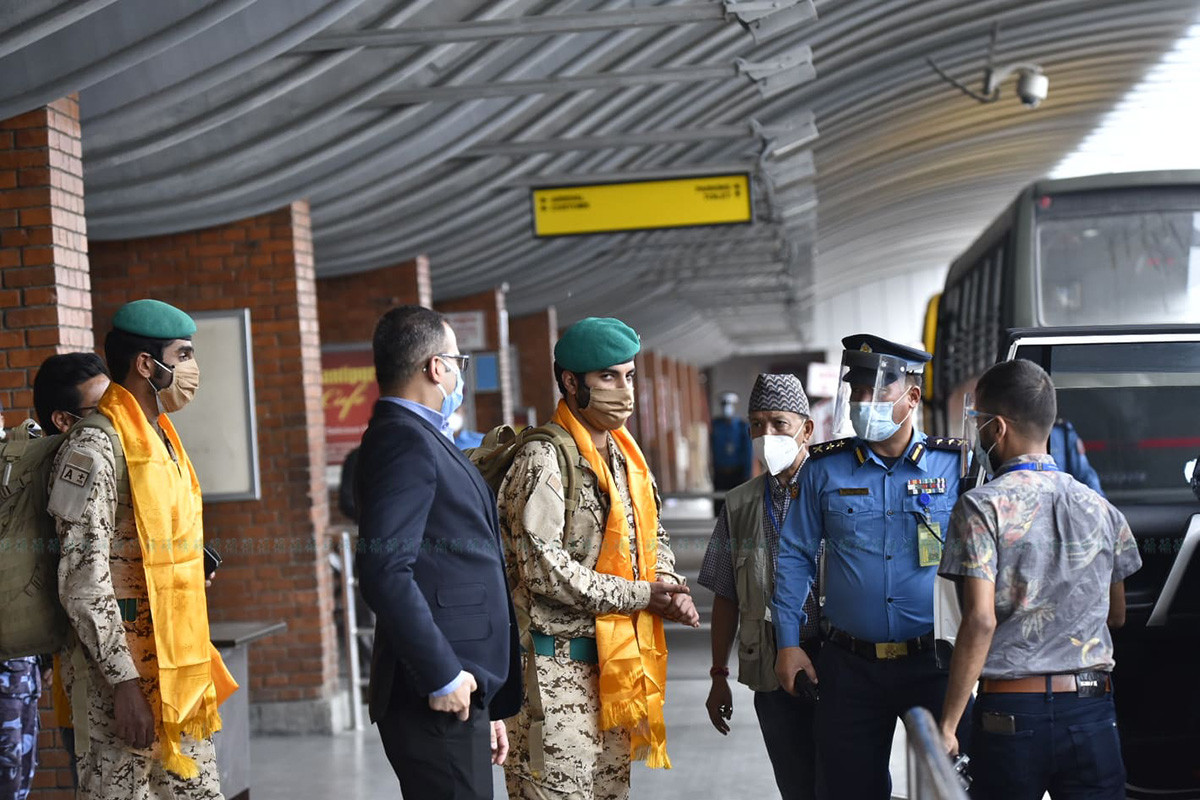 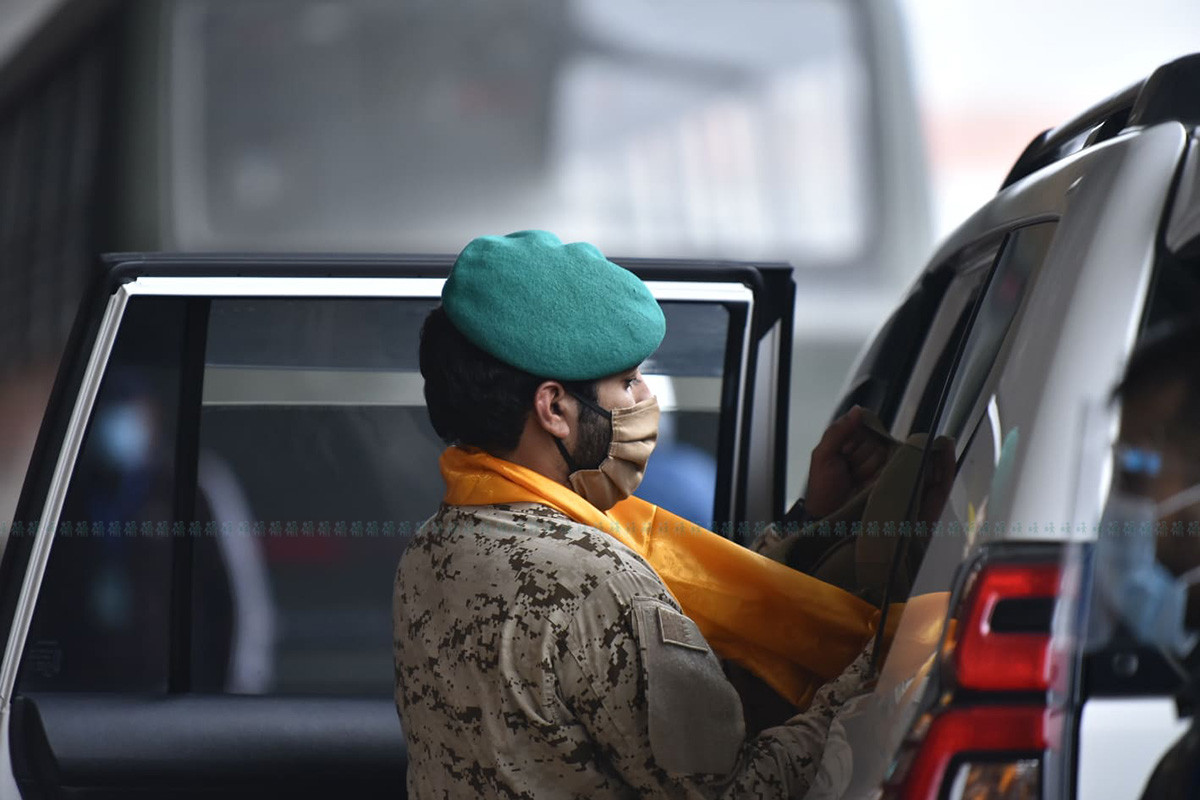